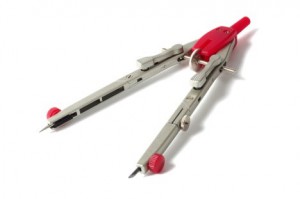 One of the early commissions I received whilst working as a freelance illustrator was a set of items of mining machinery and robotics parts for a company called Newtech. Dr. Ray Ashley, the MD, needed them for a trade magazine advert and I got to see the proposed design. I ventured that it lacked punch I recall, at which point I was given the job of coming up with something better, which I did. The result was a three-year association with this firm, culminating with the design of their exhibition stand at the NEC in 1982. By fluke I had wandered into what was morphing from commercial art into graphic design.

Gifted with a hungry imagination I found these early jobs suited my way of thinking. Twenty odd years later my advice would be sought out by banks, building societies and both local and county councils as well as business and industry. This for me was very much ‘learn as you go along’, and with no formal training whatever I had no choice but to come up with effective corporate ideas; things like point of sale items, packaging, exhibitions and window displays to name a few. My self-taught status was vindicated with the winning of a national graphic designer of the year award in 1997.