The second of my two books also features Harry the Helicopter and is titled ‘Harry Finds His Way’. In this story Harry has to remember all the places he passed on his outward journey in order to find his way home.

A wonderful way for young children to join Harry in his adventure and to test their own powers of observation. 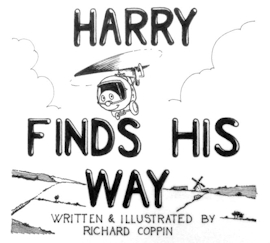 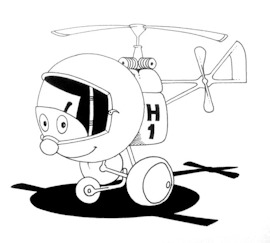 Hello Harry. Have you met Harry before? He’s a friendly helicopter. 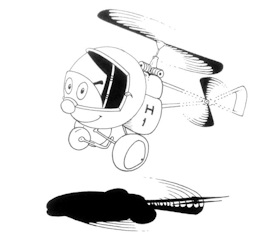 Are you going on an important job today Harry? 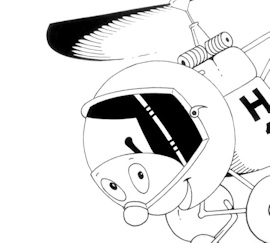 “Yes,” he says. “In my cabin is some medicine for Doctor Sims. He lives very far away.” 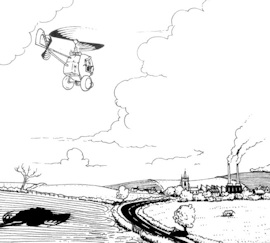 “I do not know the way,” he says. “So I have been told to fly towards the town and carry on.” 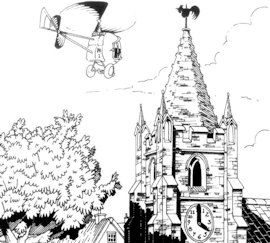 Harry soon passes the church in the town. Do you think it is late in the afternoon? 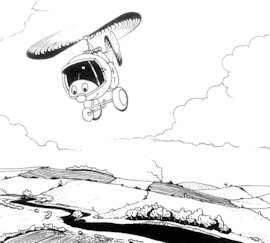 Later on he gets to a river. “I must remember that,” he says. 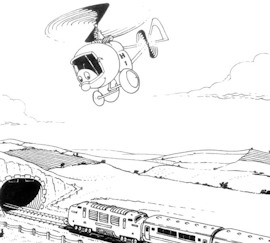 The next thing he crosses is a railway line. “I must remember that,” he says. 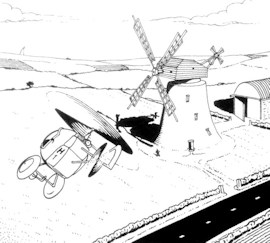 A few miles further on Harry sees a windmill. “I must remember that,” he says. 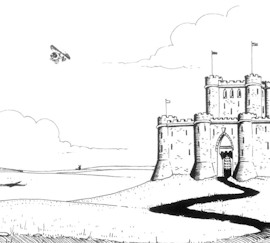 He comes to a castle next. “I must remember that,” he says. 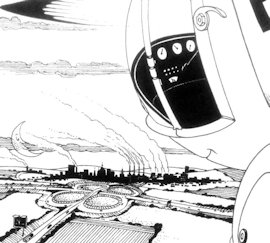 At last he sees the city where Doctor Sims lives. It is late now and the moon is up. 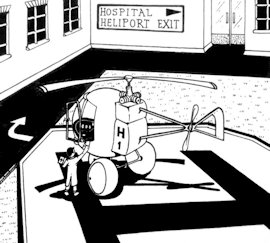 Doctor Sims greets Harry at the hospital. “Thank you,” he says as he takes the medicine out of Harry’s cabin. 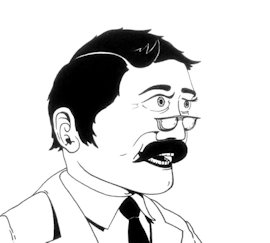 “You are very kind,” says Doctor Sims. You may stay here tonight if you like.” “Very well thank you,” says Harry. 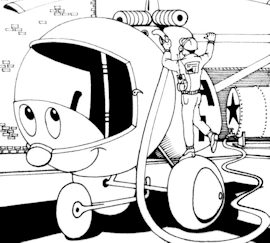 Next day at breakfast Harry gets ready to go home; but which way is home? 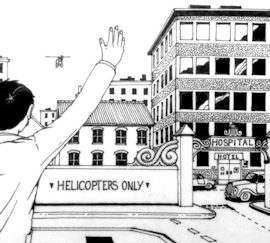 Then he remembers the castle. “I shall fly to the castle first,” he says. 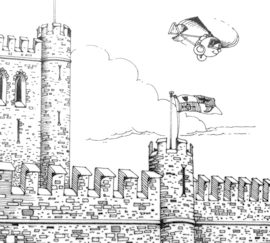 When he gets there he remembers the windmill. “I shall fly to windmill next,” he says. 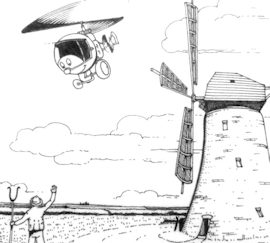 When he gets there he remembers the railway line. “I shall fly to railway line next,” he says. 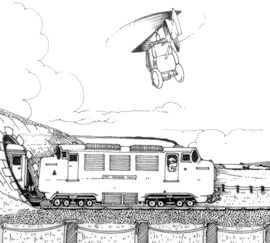 When he gets there he remembers the river. “I shall fly to river next,” he says. 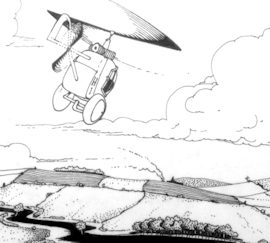 When he gets there he looks in the distance. “There is the town!” he cries with excitement. 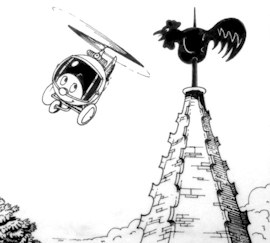 Quite soon he passes the church. The airport is not far now and Harry will soon be home. 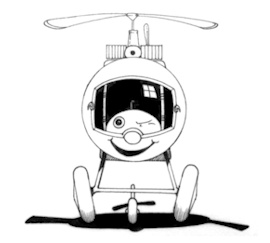